On November 9th, the collective Voices of the Next Generations organised “Europe remembers”, the first paneuropean remembrance action to commemorate the November pogroms.

On the remembrance day of the November pogroms, many people in Germany leave their homes carrying cleaning products, flowers and candles and visit the Stolpersteine in their neighbourhood.

Being descendants of former concentration camp prisoners, remembrance is a topic that is very close to our heart.

That is why we decided to give this tradition a European dimension by exporting it to our respective countries.

A Stopersteine, litteraly a ‘stumbling stone’, is a concrete cube bearing a brass plate inscribed with the name and life dates of victims of Nazi extermination or persecution.

Initiated in 1992 by German artist Gunter Demnig, the project aims at remembering individuals at exactly the last place of residency before falling victim to Nazi terror.

With 75,000 ‘stumbling stones’ laid across Europe, the Stolpersteine project is the world’s largest decentralized memorial.

The members of our collective joined from all across Europe:

In Germany, Petra cleaned the stones of Wilhelm Machold and Julius Friede, two men who lived together in Berlin before being arrested, while Eli attended an anti-fascist demonstration before realising the stones of Max and Bertha Badt, a Jewish couple, had already been cleaned.

It meant a lot to all of us to commemorate, virtually at least, what happened on November 9th 1938.

By doing so, we hope we can engage the public in a broader discussion about remembrance and encourage other people to join our collective. 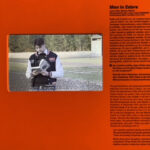 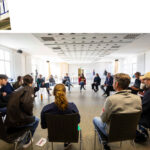 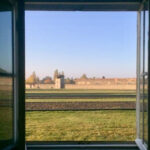